Lineout: A combination in which both the teams lining in front of each and a team throws the ball down the middle of the tunnel.

Try: Try is counted when the ball is grounded over the try line of the opposing team.

Conversion: An extra opportunity given to a team after scoring a try, wherein they can score extra points by kicking the ball from a position related to where the try was scored.

Drop Goal: An event where points are scored by drop-kicking the ball in order to get it through between the posts and above the crossbar.

Penalty Goal: After any breach, the team awarded penalty is allowed to take a kick at the goal & score extra points.

Tackled: An act wherein the player is brought down legally & held by the players of the opponent team.

Scrum: The act of restarting a game of rugby with players packing closely together, heads down, trying to claim possession of the ball.

Player positioning in a game of rugby league can be defined as in the image below: 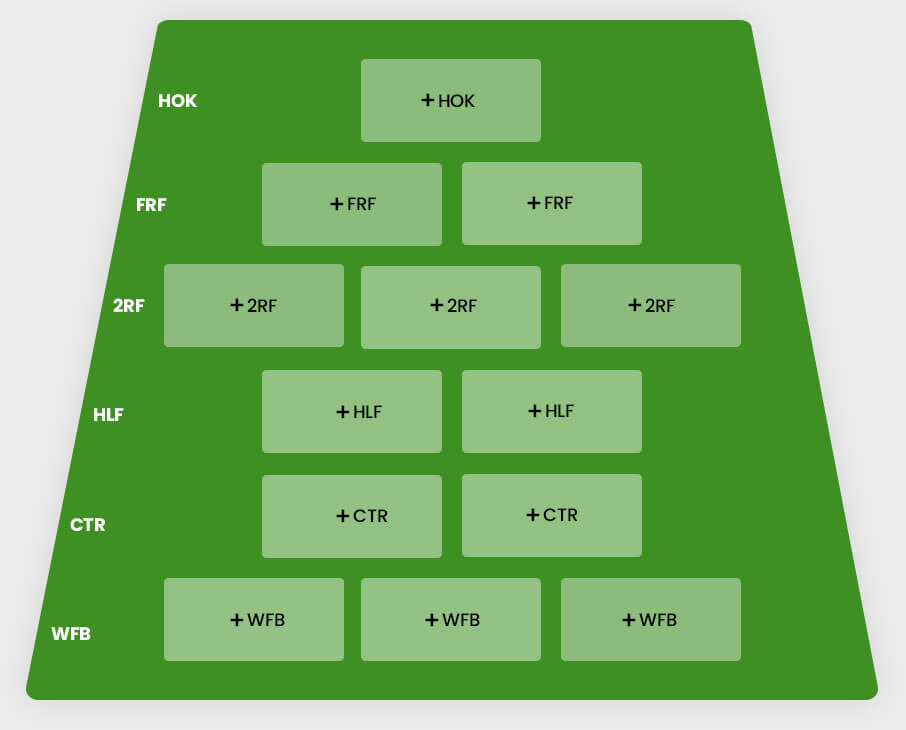 Selection of players according to their role 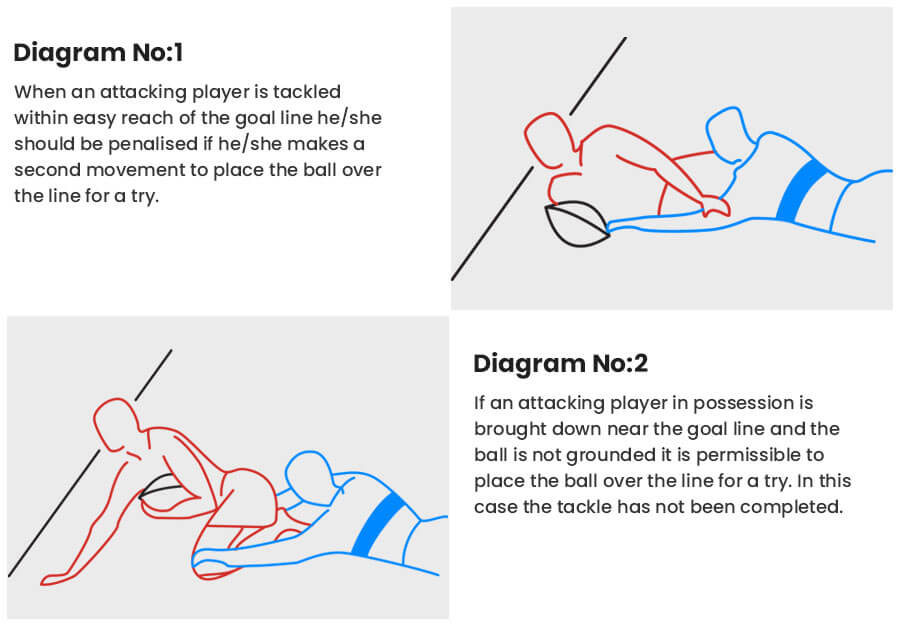 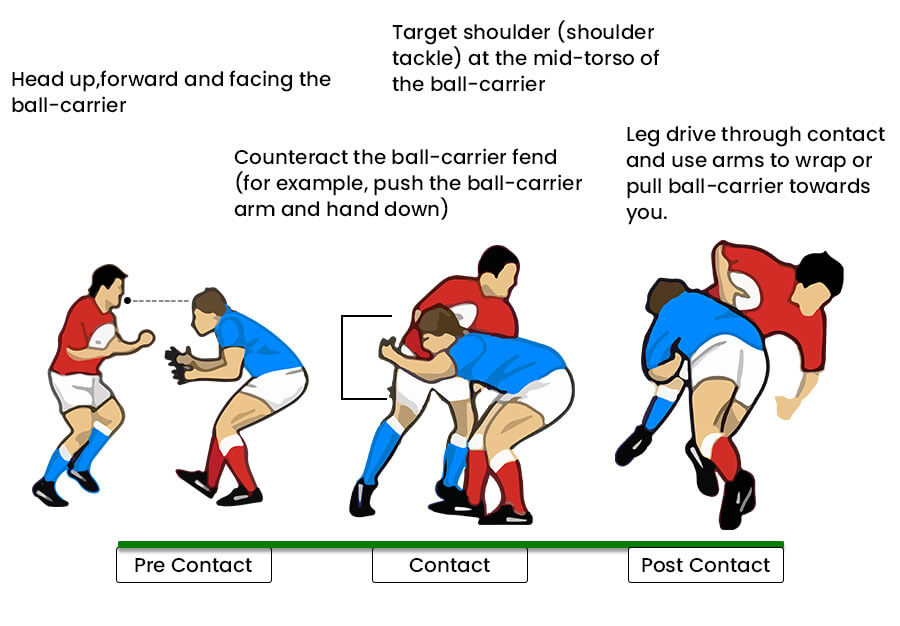